In the midst of finals, our coach has given us off from our morning workouts. Although we do not have mandatory workouts, many of the players are still hitting the gym and playing lacrosse.

Finals are key for the lacrosse team. To play in the spring, a player must have a 2.0 GPA. However, this will not be hard for most of the players on our team because we having the highest GPA on campus for an athletic team at 3.2. This is something our coach makes us strive for and if we ever have a C in one of our classes we must attend a study hall three times a week for a hour.

Now, for all of my lacrosse fans out there who not only follow Eastern's team but other college and pro teams check out this awesome lacrosse blog by clicking here. As my blog ends, this will keep you up to date on all of the latest news in lacrosse. I hope all of you enjoyed my blog and learned how a Eastern University Men's Lacrosse player lives his live. 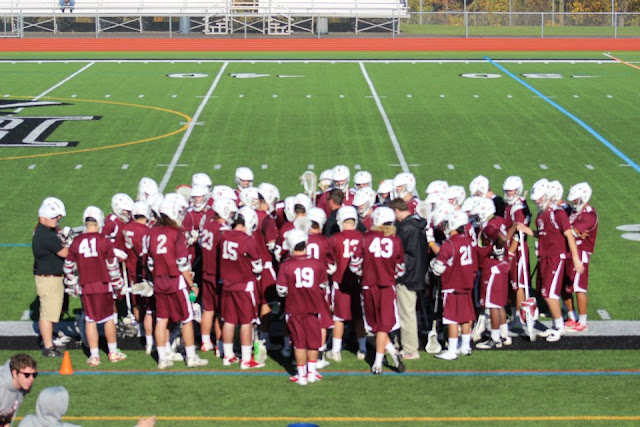 Early Bird Gets The Worm

As finals are approaching, the coaches have given us time off to work on our studies. Since there is nothing really happening now with lacrosse, I will talk about what is to come in the future.

Sometime next week we will be given our winter work out schedule. The schedule will all be on our own and to not follow it would cause someone to lose all the hard work previously done.

The week we get back to school, we will have conditioning six days a week early in the morning. Since the NCCA does not allow our head coach to participate, it will be ran by an assistant. We will not be using our sticks either, simply conditioning.

As the season gets closer and closer, the excitement builds. Our team is pumped to compete this year, and we want to go farther then ever before. Are you going to be there to watch?

Posted by Unknown at 6:30 AM No comments:

As I've said previously, winning the MAC Championship is no longer the goal. The goal is to beat Cabrini and advance in the NCAA Tournament to compete for a National Title.

Many times during our workouts, we all just go through the motions and not have our full heart in it. This past week, the captains told us all to meet in the gym at 545 am. We stretched and then conditioned outside in the freezing weather.

It was one of the hardest workouts I have ever had to partake in. We were split up in teams and the winners got the right to compete and do more. Exhausted, light headed, and feeling like we were all going to puke, everyone on our team went 100%. When one man fell, we helped him back up.

The team grew today and we saw what we needed to do to become a National Champion. 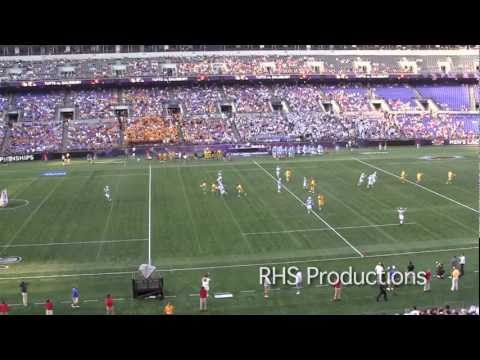 Posted by Unknown at 6:42 AM No comments:

The first Halloween scrimmage was a huge success. Almost everyone dressed up in hilarious costumes and everyone who came had a blast. Team Scooby won the game with a score of 8-6. Check out some highlights from the game here...

Other then the Halloween scrimmage, we are now having captains practices a couple times a week and lifting three times a week. The team is working very hard for the season and everyone is anxious for the start. If we continue our hard work and dedication this team can go very far.
Posted by Unknown at 1:18 PM No comments:

On Friday, November 8th, the lacrosse team will be doing an inter squad Halloween scrimmage. All of the players will be dressing up as something and we will have some fun on the field. It has been a little while since any of us have played but I'm sure that if you go you'll have a good time with some good laughs.

The Halloween practice is something that many teams partake in and is a way to bring back the fun in the game that some people seem to lose due to their will to just win. Here is a video of a college doing their Halloween practice.

This past weekend as I said in my last blog post the team played in the Edward Coomb's Foundation Tournament. Our first game was against division 2 Mercy College.

Our team was real pumped up for the game and we came out strong getting a 5-1 lead at the end of the first. In the second quarter, the game got real chippy with some solid hits and tough defense. We were able to score two more goals in the 2nd quarter and Mercy also got one making it 7-2.

Our second game was against D3 Montclair State. In this game, our coach played mainly the starters for the entire game. The game was close all the way through but for most of the game Montclair kept the lead by two goals. In the 4th quarter down by three, our team made a run and was able to get a lead by 1. In the final few seconds of the game Montclair had almost a breakaway but we held them off and they didn't score.

The team showed some very good potential this weekend and when we play like we've been coached we can do great things. If you're interested in reading more about the tournament, check out the article on Philly Lacrosse

Posted by Unknown at 4:23 PM No comments:

The tournament will be at Hatboro Horsham High School and we will play Mercy College at 10 and then Montclair State at 2, both very good teams.

Our team has been working very hard in the fall for these two games. We hope to win both games by more then enough to send a message out to all of the other teams at the tournament.

At the tournament, the lacrosse team will have a tent where we can all hang out in between games. There will be a tailgate and plenty of food. The team would love the EU's community support!

What do you want to see more of?